Star Wars became a brand, a franchise, and a marketable commodity.

It started out as a single film, and since then it has spawned legions of fans, merchandise, and now a big budget reboot. But why did it resonate so strongly with audiences?

What did it do that made us all buy into the hype?

It told a story that resonated. It used parts and pieces from familiar narratives, and created its own world in the process. It’s a space opera, with nods to the gunslingers of the Old West.

It references chivalric codes. It tells a story of good vs evil, a story about a small band of brave and intrepid souls who can put the universe to rights.

That’s what we all grabbed onto, and we wanted to be like those intergalactic heroes. The films take us out of ourselves, and they let us into a different world entirely.

That’s the power of a good story, and the effects of that narrative still resonate in our collective cultural core. But is this type of storytelling possible for brands? Can we craft stories that in-still a sense of identity in our audience?

Is there something innate in humanity that cries out for a compelling, clear, and aspirational narrative?

Of course, Star Wars isn’t a traditional fairytale, but it does reflect the reason why we told stories to begin with – we love escapism, and the shadows cast by the late night campfire as tall tales are spun.

We live and breathe stories. It helps us organise and make sense of time and chaos.

“Storytelling is the art of convincing your target audience to empty their pockets for your products and services without actually giving them a sales pitch. What replaces the sales pitch in this campaign is a fairy tale that revolves around their lives and features your products every now and then showcasing how ‘useful’ they are.”

That may seem like a cynical cash in, but there’s a truth at the heart of what Vanhishikha says. Marketers can use storytelling formats, formulas, and conventions to craft an effective brand narrative that is immediately relatable to an audience.

You’re talking to them in a universal language, one that rises and falls and hits understood beats with familiarity.

And you’re tapping into human emotions, you’re telling people that you understand their needs, the things that make them tick, and you’ve got a solution to their problems.

You’re showing them that there is order, that there are things that can be relied upon, and you’re doing it through a medium that’s as tried and tested as time itself.

Andrew Stanton’s (Pixar) Ted talk discusses just how important emotion is in storytelling. Craft a narrative that makes people care, and direct all of your efforts towards a clearly defined core truth.

You have to know what it is you’re trying to say.

The Importance of Nostalgia

As adults, fairytales have the ability to transport us back in time, back to our childhood books with well thumbed pages.

We can still recount those tales, and as we grow up and have children, we pass those stories onto another generation. They’re heirlooms, more valuable than any antique, and we enthrall, entrance, and excite as we pass on these secrets.

But why do stories function so well? What makes them so memorable?

In order to understand these questions we have to first understand how stories function.

The Structure of a Good Story

The nuts and bolts of a story are easily understood. There’s a beginning, a middle, and an end. But really this formula is a vehicle, and it provides us with a framework that we can use to tell our own story.

We need characters, clearly defined and relatable people, that speak with a distinctive and human voice. We also need to provide a context.

When a good story is told, we hang on every word, we anticipate what’s coming next, and we fall for twists and turns.

The best thing about effective storytelling is that it’s inclusive. People from all ages, demographics, and perspectives can be united over a good narrative. It creates a shared moment, an experience outside of time, that transports people into other worlds and realities.

What we all love about a compelling tale is the potential. We don’t know where it will take us, but an effective opening act will convince us to join in, and embark on the journey together.

The trick of a good narrative is in allowing audiences to project their own experiences, and feel understood. In order to do so, a story has to have a simple message, and be immediately accessible.

What makes a fairytale?

What are the elements that, when combined, create something magical, and transcendent? There are plenty of theories on this subject. But the key seems to be a journey, embarked on by a hero.

Both Harry Potter, and Star Wars use a traditional narrative structure to tell their stories.

The plot points are virtually the same, but I wouldn’t say that JK Rowling appropriated the plot of Star Wars – I’d say that storytelling always takes the same form.

If we delve a little deeper into narrative theory (don’t worry, I’ll be as succinct as possible!), and explore the work of Vladimir Propp, we can see that stories throughout time have a consistent core.

He dissected the fairy tale format to try and understand the essence of a story.

Propp identified that every story has eight key characters.

But how do we use this information in marketing?

How do we apply it to brand theory in order to convince, convert, and retain our customers?

We use these archetypes to place our brand within a familiar context. The villian/hero dichotomoy is an excellent place to start. It’s Apple vs Microsoft, Samsung vs Apple, Puma vs Adidas, on so on.

Everyone has a story, a collection of experiences that are theirs alone.

But not everyone knows how to tell that story.

The above information is deeply useful. It lets you understand that storytelling is a formula, but the art comes from the way you tell your tale.

Build from the basic plot points, and figure out how to slot your brand’s identity into the right package.

You’ve probably encountered the claim that there are only 7 story types.

It’s important to note that these categories are interchangeable. You can borrow from one, and add to another. But the key thing to understand is that stories are prepackaged, and they belong within genres, and conventions.

Figure out the best way to tell your own story, and use this information to inform your creative thoughts.

Let’s get back to branding, however, as narrative theory is a big subject, and likely one best left for another article!

A good marketing example would be Apple’s ad campaign in 1984. They positioned themselves as the underdog, and they fought against the narrative of George Orwell’s dystopian novel, 1984.

They carved out their identity through a compelling story. Their ad campaign slotted into the ‘overcoming the monster’ archetype.

Have a look at their ad:

A rebel, a young woman, changing the world, fighting against the tyranny of automation, standing for creative destruction.

Apple changed the paradigm, at least that’s the story contained within their own mythology. And it’s a legacy that’s stuck. Apple products are still seen as revolutionary, as innovations that continue to add to consumers’ own sense of self and identify.

What you’re doing is ordering chaos. When you tell a story you create a moment in time that’s defined, you tell people that somethings are preordained, that chance can work in their favour.

In essence, you give them hope. But you have to be careful with this. For every excellent advert like Apple’s, there are literally thousands that don’t sparkle with originality, or aspiration. You have to understand your target customer, and craft stories that resonate with their own experiences.

And, you have to think long term, you have to paint a big picture, but one that’s never finished. Your brand story should have the same sort of longevity as big budget movie franchises like Star Wars.

Your customers have to come back for more.

You have to keep them wanting more.

What you say matters. Words have the power to change people, especially when they’re organised into stories. You have to focus on emotive appeal when creating your narrative.

As Andrew Stanton points out in his Ted Talk:

The internal workings of your story, the motivations of its characters, and their actions, should be relatable to audience members. Consumers need to be invested, and they have to feel the emotions conveyed in your narrative.

But the trick is to be honest, to tell stories that are authentic, transparent, and above all, capture the essence of human experiences.

‘And that’s the first story lesson I ever learned. Use what you know. Draw from it. It doesn’t always mean plot or fact. It means capturing a truth from your experiences, expressing values you personally feel deep down in your core.’

Stanton draws from his own experiences, and the films he’s written, like Finding Nemo, and A Bug’s Life, resonate with audiences because of their humanity. He pours himself into the work he give us – and it shows.

I have one more excellent resource to share with you. This comes from Pixar, arguably the best place to find contemporary fairy tales, at least in the film industry.

There’s too much for me to dissect in detail here, but it’s an excellent checklist to work from when crafting your own stories.

Get to the heart of what you want to say. Distill it into one sentence, and then build from there. There’s magic in great storytelling, there’s something that you can’t quite put your finger on, and finding that transcendent quality is the key.

It’s not easy, but practice does help.

So, get busy writing. Or, as Bob Dylan said:

‘He not busy being born, is busy dying.’

Even with the nuts and bolts, even with a toolbox full of tools, not everyone can construct a good story. There’s a skill to it.

It takes time, too.

For many businesses brand storytelling is more aspirational, than inspirational. Fear not, at Storkey Media we’re highly skilled at getting to the heart of what you want to say. We can tell your story, and do so compellingly.

Get in touch with us today, tell us your story, and we’ll figure out the best way to craft, package, and market your unique narrative. 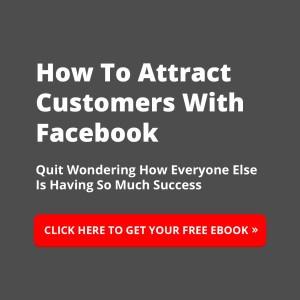